More Than the Pink 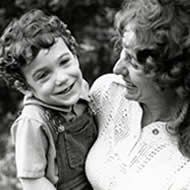 “It’s about so much more than the pink.” Rick Dunetz wants to ensure that participants and supporters of The Side-Out Foundation’s Dig Pink® events understand this. Rick and his dad, Bryant, started The Side-Out Foundation in 2004, and it has gone from a local grass doubles event to a national volleyball rally, adopted by schools and clubs in every state.

Rick is proud to say that Side-Out was born not out of tragedy, but out of hope. His mom, Gloria, was diagnosed with metastatic breast cancer (breast cancer that has spread to other parts of the body) just after Rick began his varsity volleyball coaching career. Watching his team play renewed Gloria’s desire to rally against her own opponent.

Prior to attending the games, Gloria had not left her house except for medical appointments. She was devastated by her second diagnosis of breast cancer, especially because metastatic breast cancer did not have a cure. Watching the underdog West Springfield girls dig, spike, kill and win against powerhouse teams gave Gloria energy and motivation to learn what advantages her own opponent held across the net so she could develop a competitive plan of action.

Sports have such incredible power to motivate. Howard Cosell once said “sports is human life in microcosm.” Indeed, in sports as in life, individuals confront daunting challenges, overcome countless fears, and they must work hard to remain strong.

As a son and a coach, no one understood these parallels better than Rick. He watched his mom ease out of a deep depression to become a knowledgeable advocate and a determined patient. From this hopeful transformation, the seeds of The Side-Out Foundation were planted. Rick knew the volleyball community could impact the lives of other breast cancer patients and their families, and he and his dad began the foundation in 2004 with the first Side-Out Grass Doubles event.

The fact that Side-Out has its own board of directors and scientific advisors distinguishes it from many other charities. Instead of giving the funds to another organization to disseminate, The Side-Out Foundation chooses the research it deems most important for breast cancer patients and maintains direct contact with the physicians and scientists conducting the research. In February, 2010, The Side-Out Protocol began accepting patients, a clinical research trial specifically for patients with metastatic breast cancer, a sorely underfunded area in cancer research.

In the area of compassionate support, Side-Out hopes to be a leader in educating more health care workers to be sensitive to the specific needs of cancer patients. To this end, the foundation is working to create an online continuing education curriculum. This curriculum will offer current nurses and nursing students the opportunity to build upon their existing medical knowledge and patient care techniques to become truly effective oncology caregivers.

Side-Out also hopes to encourage students not yet involved in health care to learn more about breast cancer research and the challenges that patients face. It is currently working with the National Breast Cancer Coalition to create advocacy roles for college students, and it plans to promote Dig Pink® ambassadorships for high school and college students. An ambassador could be anyone interested in creating a school or community project focused on some aspect of breast cancer. 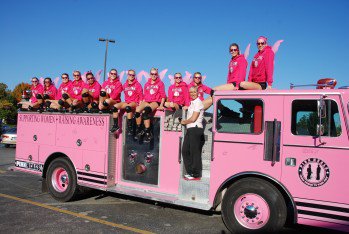 It is important to note that all of the research, education and compassionate support is being done because of the volleyball community. Your commitment to the cause is making an impact for breast cancer patients, their families and their friends. In addition, you are influencing a group of young women and men who are not typically aware of issues surrounding breast health. Thank you for your support, for your enthusiasm and for teaching others just how wonderful the sport of volleyball is.

It certainly made a difference in Gloria’s life. She passed away in August, 2010 after living six years with metastatic breast cancer, but she will always remain the face of the organization. Gloria inspired Rick and Bryant to create Side-Out and her memory will keep them forging ahead. They enjoy watching players and fans create a sea of pink in gyms and convention centers simply because it represents a unified front, but they hope someday the meaning of the pink will be forgotten and it will become just another color in a world bright with possibilities. 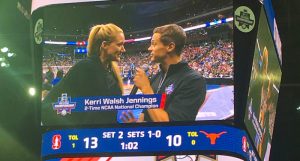 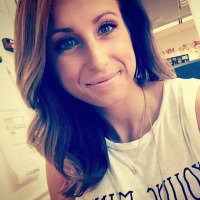 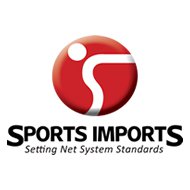