The Worst Calls Can Be the Best Lessons 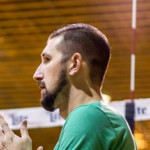 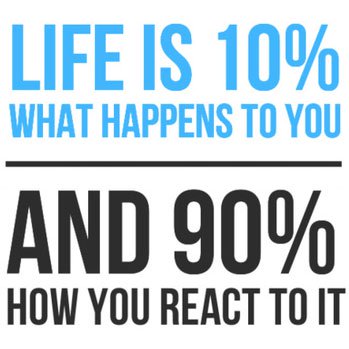 A conversation started about the most bizarre calls a group of coaches had ever seen a ref make at a match before (the person that started it requested that it didn’t turn into the worst calls). I’d like to tell a story of a match my 15U team played last season that fits the bill for both. 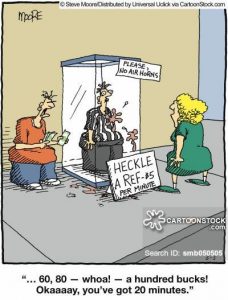 In the first set, we’re having issues with the score-book. Early on, our team is called out of rotation after my L1 serves. I didn’t believe this to be the case, but admittedly thought maybe I made a mistake. The score then gets jumbled and the up ref has to come down to resolve the situation. I ask them politely to ask the coach of the work team to stop staring at their phone and help the players with their job. Our team is then called out of rotation in the exact same spot again, and this time I know this isn’t correct. The up ref comes down again, looks at the book, and upholds the call. We have a conversation where they admit that they agree with me that we weren’t out of rotation, but the book lines up. I clarify that we both are all but certain that no violation occurred, but because the 15 year old at the table whose brought you down from the stand twice already while their coach sits and texts says that we’re both wrong that there’s nothing we can do. The call stands. We lose the first game by two points.

The second set is back-and-forth. At 25-26, the other team serves a ball that almost hits my feet. I’m on the concrete that’s about six feet from the sideline. The line judge goes to retrieve the ball, and I notice the up ref has not made their call. I remember thinking there’s no way he’s waiting for the line judge to confirm, but sure enough, the line judge stands on the corner and the ref is blowing their whistle repeatedly to get the player’s attention. After the 5th or 6th whistle, the player jumps to attention and just throws the flag down to signal in-bounds. I immediately go over to protest saying the line judge was startled (she was), and the ref isn’t having it. In all my years of coaching I’ve never seen a ref let the game get away from them that much. It’s the only time I’ve actually had parents from the other team come up to me and apologize for the call, saying that it was clearly wrong.

All that being said, I had to address my team/parents who were obviously riled up about the situation. In my opinion, these are some of the most important moments we serve as coaches. I could have gone the route of addressing the calls, commending our girls for their effort and saying it wasn’t fair. I could have blamed the work team for not doing their job right, their coach for sitting on their phone despite all the issues, or the ref for letting those people control the tempo and arguably part of the outcome. Or, I could teach my team about the reality of life not always being fair.

We talked about accountability – those mistakes by the ref cost our team, but so did our missed serves, our miscues on defense, and the one time they were correct about being out of rotation. I praised them for their mental toughness and battling the entire match despite multiple stops in play and the little things outside of our control not going our way. I also told them that there will be times in their life that they would do everything right and not get the result they wanted, and that the way they responded to that would be key to their overall success in whatever they choose to do. It would have been easy to get frustrated after the first set, but my team battled. It would have been even easier to put their heads down after losing the match and sulking, but there was another match to play. Sure enough, they ended up beating the 1 seed of the pool 15-13 in the third in one of the best matches they played all season.

We complain all the time about things we don’t like about youth sports, but that’s the beautiful side to it: Teaching lessons on the court that transcend the game off of it. Most of those players will probably not play after high school. As time goes on, players and parents will care less and less about the results of these tournaments. However, the attention to detail, learning to work in teams, dealing with adversity and how to overcome it, and learning how to move forward in the moments where we fall short are things that will help these kids as they go through life.

As Randy Pausch said, “Experience is what you get when you didn’t get what you wanted.” It’s up to us to decide whether it’s positive or negative! 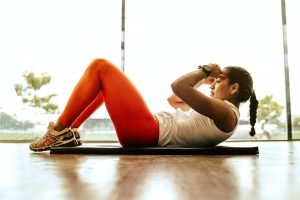 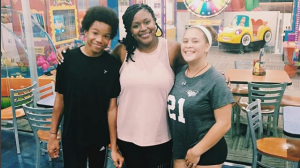