We first read Phoebe’s poem in the Junior Volleyball Association (JVA) newsletter, VolleyBiz (Vol. 6, Issue: 8), and she gave us permission to share it here on the Side-Out blog! Thank you, Phoebe, for this beautiful poem. It so eloquently explains the joy of our sport and the camaraderie of a team.

Whistles blow from other courts around us
And the smack and pound of volleyballs hitting the ground
With girls, coaches and parents yelling
All fog together to make soothing white noise.

Someone pokes me in the side
I nudge them with my hip
She lightly kicks me from behind so the coach doesn’t see
It’s a classic. I smile and squeeze her shoulder to end the silent conversation

I scuff at the shock-absorbing floor with my toe
In a couple minutes six of us are going to be standing on that court.
I glance up at the starting lineup
I see my number, starting as a setter

“Hands in” someone says
I look around the circle as I place my hand in the middle
I think about the people we were and still are
But changed by the hours of practice
And the thousands of high fives and hugs.
I smile as we shout a cheer and step on to the court
I knew today we would all play for ourselves
The little girl who had a dream and followed it, and never looked back

“It is not a question of how well one person works, the question is how well they
work together” -Lloyd Doble 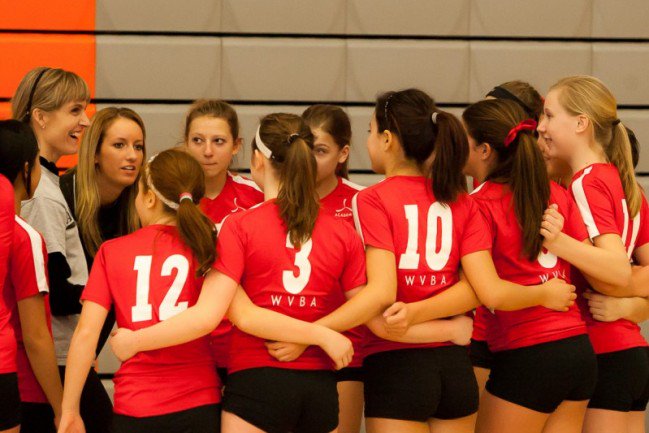 Julie blogs about her personal experience with leukemia and life from a patient’s perspective. She also writes about Side-Out news and events. She is a race walker, a dog lover, and a dedicated explore.org #bearcam watcher.

Get To Know the Staff at The Side-Out Foundation

The World’s Largest Volleyball Event is Digging Pink in 2018