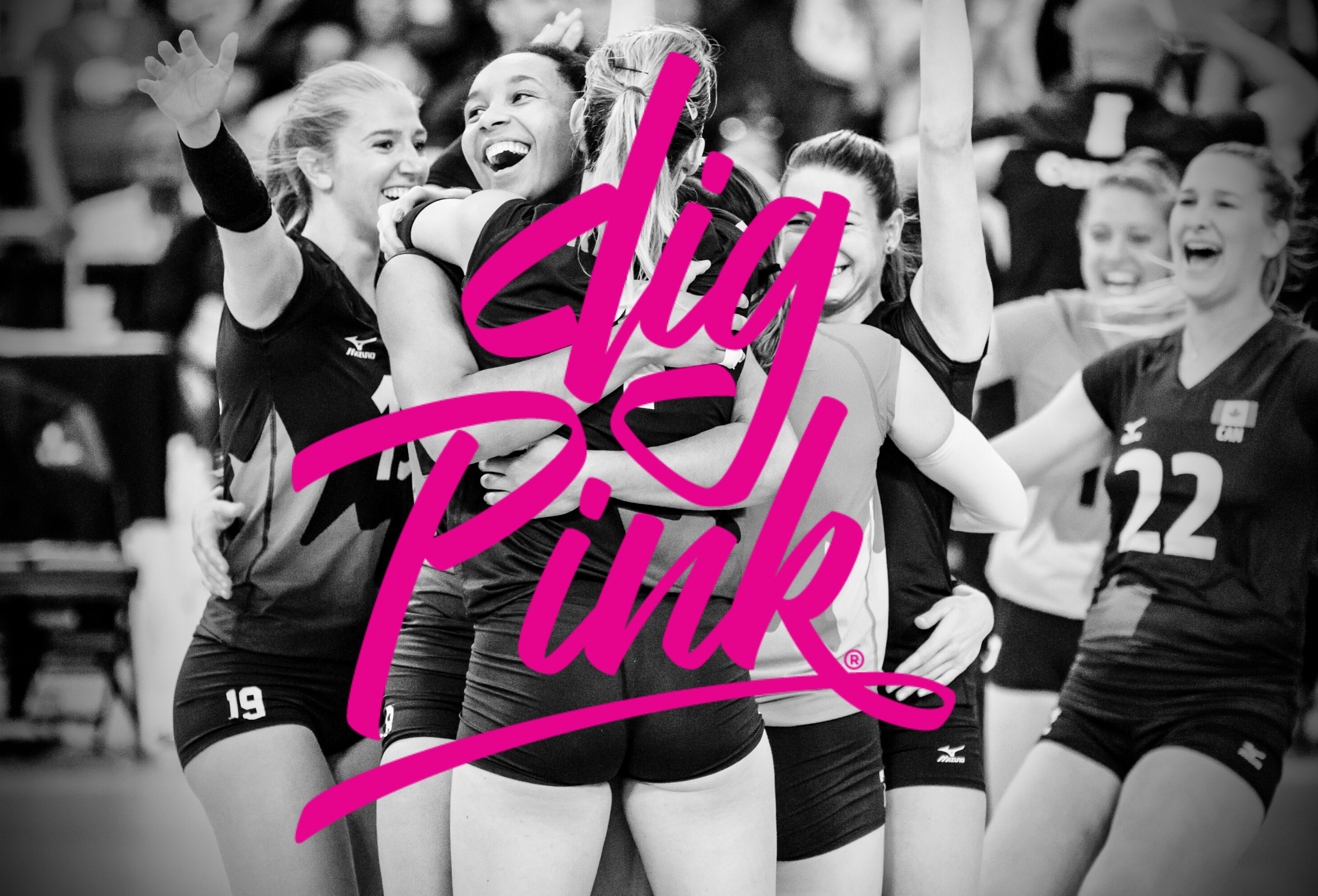 Dig: volleyball term to describe a defensive maneuver when being attacked by the opposing team

August of 2008. I was simply checking my emails before prepping for my first days of volleyball practice at Minnesota Valley Lutheran High School in New Ulm, MN. I noticed a mass email via my American Volleyball Coaches Association connection and it was from a coach named Rick Dunetz in Virginia. The email was asking coaches around the nation to get involved in the Side-Out Foundation’s Dig Pink initiative which was intended to raise funds that would go directly toward research, with a focus on those diagnosed as stage IV patients.

My next step was to automatically contact my good friend and opposing coach, Stef Dietz, proposing that when her team (Sleepy Eye St. Mary’s) hosted us in October, we could do something different and try to raise a little money to promote this cause. Little did we realize that word got around to the other Tomahawk Conference schools and the next year we were all involved. The fall of 2011 brought me back home to Appleton, WI and I began Dig Pink events at Fox Valley Lutheran High School.

Where does the passion for this cause come from, you may ask? As many of us these days, my family has felt the brunt of breast cancer and the chaos it causes for the patient and family members. My sister, Lisa Vanden Heuvel, is a two-time survivor and never does a day go by that I don’t think of what she has gone through. Although never getting to the stage IV level, Lisa, and others like her, are thankful for the many options for treating this illness. I believe that being involved in The Side-Out Foundation’s efforts has made me even more aware of how we need to advance the research now and give hope to those who may have exhausted so many other forms of treatment.

Lisa admires the efforts of Dig Pink® as her son’s former high school, Lakeside Lutheran, also is a contributor each year. She feels that clinical trials “are ways that we can find a cure” and continued by stating, “I was grateful to my oncologist for treating me-no matter the staging of my cancer-as if I were stage I and curable.” She says that this positivity is SO crucial and that the protocol funded by Dig Pink is essential doing just that for so many men and women out there.

Some have asked how to get started in creating an event and I would say keep it simple. You can always grow in time, but if you start small, building momentum year after year is inevitable. Because of all of the events in my area of the state, I tend to keep our event as basic as possible due to so many outside influences at this time of the year such as homecoming, fall play, school fundraisers for tuition assistance and the like. We have done a few games during the match with donated prizes, but most funds were created by t-shirt sales each year. Three of our six years we have had the opposing team stepping up to order shirts through us, increasing the amount of the donation per shirt. This year we are adding donated baskets- those attending the matches can purchase chances to win. Our opposing team, the Freedom Irish, is even donating a basket or two for us to use.

This year the three teams at our school really got involved in assisting with our efforts. They have worked together to create items to sell on our basket table, designed decorations for our tables, and simply taken ownership that this is really their event. It is always a positive experience to have teams work together off the court as well as on it. There can never be enough opportunities for girls to socialize and work with each other on a common task.

We have come a long way in our fight against breast cancer. Genetic counseling, bracket testing, 3D imaging….the list goes on. Lisa says that she noticed a big change from her first diagnosis in 1998 to the most current just a few years ago. Today there are so many more ways to test and retest for accuracy, doctors taking their time with recommending the course of action, and just the ability to have a clinical trial fully funded by the volleyball community is something that we can all be proud of. “Cancer is no longer a death sentence,” expressed Lisa. When giving advice to others, she says that the words from Psalm 46 have always been a source of comfort and encouragement. “1 God is our refuge and strength, an ever-present help in trouble. 10 Be still, and know that I am God.” (Psalm 46: 1, 10)

Even during times of stress and that feeling of helplessness, causes like Dig Pink® will bring hope for so many around our country. I would strongly encourage anyone interested to just jump in and get involved-you won’t regret it!