The School that Started It All: Then and Now 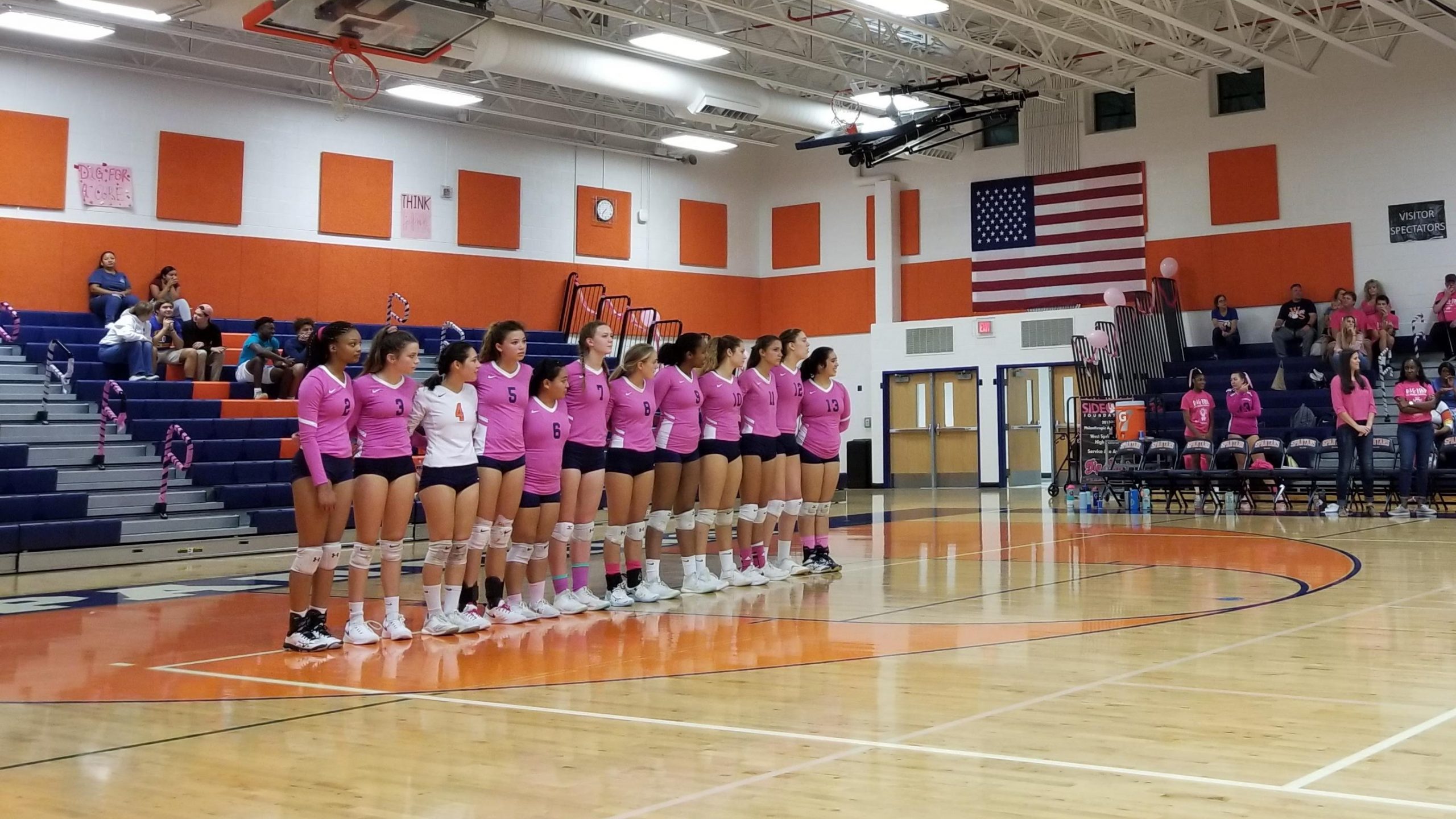 The Side-Out story is one that thousands within the volleyball community have rallied behind and been a part of for the last 15 years. It is a story that showcases the power of the sport and rallying together both on and off the court.

The beginnings of The Side-Out Foundation can be traced back to a West Springfield High School volleyball team that was overlooked by many within its district. A team that was seen as an easy win rather than a challenge. Rick Dunetz inherited the team with the task of finding a way to inspire them. A goal to play well enough to earn a spot into the postseason seemed out of reach and a tremendous task for a new head coach of any program.

The Turning Point at West Springfield

While taking on this task, Rick was distracted by matters affecting him outside of the gym. His mom, Gloria, was diagnosed with breast cancer for the second time. Rick decided to share his mom’s story with his program to open up to his team. The girls took Gloria’s story and decided from that point to compete harder than they ever have, just like Gloria. The end result of that 2004 season is one that no one will forget.

For the 2019 season, Rick returned to the scene of that magical season by joining West Springfield as an assistant coach. On Oct. 1, Rick coached in his first Dig Pink match at the school since 2006. During the match, he sat under a banner that displayed what ended up being the achievement that led to The Side-Out Foundation.

Reflecting on The Season

Jessi Molinengo (number 7 below), setter and co-captain of that storied 2004 team, relived the season finale that led to something bigger than anyone could have imagined.

If you walk into West Springfield’s gym, you will be greeted by blue and orange banners hanging in honor of the school’s championship teams. While in the gym, I urge you to begin looking to the left at the state championship banners, towards the center of the gym at the photo of the 1999 Lady Spartan Basketball team that had the perfect season, and conclude by looking to your far right. There, in the upper right corner of the gym, hangs the banner which portrays my proudest high school achievement.

Rewind to 2004. West Springfield’s volleyball team was not known to be one of the best in the Patriot District and as we neared the post-season, we met many challenges. Our head coach had decided to resign and our assistant coach, Rick Dunetz, amidst family issues and personal challenges, selflessly stayed on. Though shaken by these unexpected events, we finished a school-record tied for second in the District in the regular season, and entered the Patriot District Tournament with high hopes. In the semifinal game, we played West Potomac, whom we had beaten before in a close match. We were nervous, but we had come too far to let down now. We defeated West Potomac three games to one. For the first time in school history, we were going to the finals!

We walked into Robinson Secondary School for the championship game as if it were the defining moment in our high school careers. All odds were against us. Robinson, undefeated in the District and ranked first in the Region, was clearly the favorite in the game. They had home-court advantage and twice the experience. I remember the coldness of the gym. I remember having to remind myself to breathe. But best of all, I remember the astonishment on Robinson’s faces when we beat them in the first game.

Robinson had definitely received a thrashing from their coach after changing courts. We knew they would pick their game up a notch. Yet, we stayed true to ourselves and won the second game. Almost immediately, I wondered if the magic could last for one more game. Not surprisingly, the tide turned in the third game. Our confidence waned and Robinson began playing to form. They won the third game and momentum changed.

Robinson came out in the fourth game and stopped us in our tracks. Mentally, I started to doubt myself. I could sense my teammates were experiencing the same doubts. Buoyed by their third game performance, Robinson won the fourth game handily.

My team switched sides again and Dianna Massie, my co-captain, looked us each in the eye. “How bad do you want it, ladies?” she asked. We didn’t just want it, we thirsted for it. In a final game to 15, at 13-11, we won the fourteenth point on Dianna Massie’s hit down the baseline. The crowd erupted. They could sense an upset was in the making. West Springfield fans were whipped into frenzy. I knew we had to close it then. Robinson could not be allowed to get back in the game. On the third volley on what would be the climactic point, I received a great pass from Dianna Massie and set a high outside ball to Katie Chesley. Katie saw the Robinson defense was deep and hit a perfect roll shot to the ten-foot line for the win.

It was unbelievable. A team that had only won twenty-four volleyball games in its history had defeated the strongest program in Northern Virginia on its home court for the Patriot District Championship. Tears were shed and parents danced in disbelief. It was not lost on any of us how special this moment was. All that hard work and all those challenges were overcome and we enjoyed our moment in history.

In his new position at West Springfield, even 15 years later, Rick has the memories around the gym that make it feel like he never left.

“It is so great to come back as a coach at West Springfield High School. It makes me very proud to see that several of my former players have stayed with the program as coaches and are doing an amazing job. I will never forget my 2004 season and our District championship as long as I live. It was this school and our volleyball program that changed the course of my life forever and I hope that I can finish my coaching career as a West Springfield Spartan.”

Rick is back at the home of The Side-Out Foundation and Dig Pink.