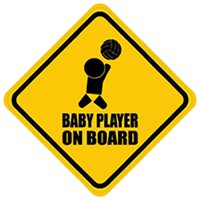 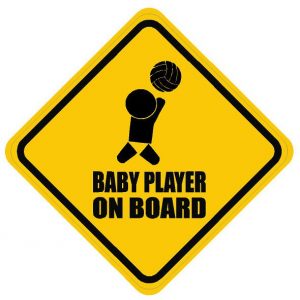 The world of sport is a constant, never-ending industry of “keeping up with the Joneses.” Every club is trying to one-up the other with bigger, faster, stronger athletes. In order to compete with one another, sport leagues have begun to recruit athletes at a younger age every year, and train them harder and harder every year. This is a great thing in terms of creating elite athletes, but it may not be seen as an ideal situation for the overall aspect of sport. Many often ponder questions like, “how young is too young to start specializing my child in one sport?” Or “what age level does it start to become about winning and less about everyone having fun?”

I coach a 13 age group team and most of the girls have been playing competitive volleyball since they were 9 or 10 years old! We practice twice during the week and once on the weekends that we don’t have tournaments. They also have athletic training before each of our weekday practices. In, my opinion that is a lot for a 12 year old child to take on! They go to practice 3 times a week, attend athletic training twice a week, play in tournaments 3 weekends every month, take private lessons outside of practice, oh and don’t forget they are students as well! Most of my girls seem to love the sport so much that it doesn’t bother them! However I do worry that over time, this may take its toll on some of them. 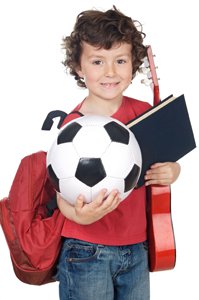 I started playing volleyball when I was 13 years old and only had two practices a week. I loved going to practice, playing in tournaments and everything else that was associated with playing club volleyball. However, when I turned 16, I began to feel a little overwhelmed by the whole thing. I wanted to have more time with my friends on the weekend and be able to do things that other 16 and 17 year-olds were doing. I had a dream of getting a scholarship and playing volleyball in college. I began to question whether or not I wanted to spend my next 4-5 years playing volleyball and dedicating so much time and energy to the sport. Eventually I came to the realization that all desirable goals take dedication, and that there wasn’t a single athlete on this planet that hadn’t sacrificed something at one point or another.

I was on the verge of burnout at one point so I have experienced it firsthand. Looking back, I realized that there were a few things that stood out to me as to why I might have been on the track to quitting the sport that I had originally loved so much. Between coaching and playing, I have began to recognize a few factors that can prevent burnout with athletes.

Figure Out Your Athletes’ Goals

Be cognizant of your athletes and their competitive mentality. Is your athlete someone who is playing just because they enjoy it, or is your athlete playing because they have a goal they would like to eventually reach playing at a higher level? Athletes with different goals require different coaching or parental encouragement and critique. It is important to not push young athletes to the point of wanting to quit because they feel like they are constantly doing something incorrect. Both coaches and parents must find a way to encourage the players to work and improve on their skills in order to get better.

Know When Sacrifices Need to Be Made

Is Your Athlete Playing Because THEY Love The Sport?

Many children are nudged into playing a competitive sport at a very young age because their parent, sibling or maybe someone they know is or was the college superstar. It is crucial that an athlete is playing for their own reasons and no one else’s. Since sports tend to take up so much of the athlete’s time, it is imperative that there is still a desire for the athlete to play and improve! Eventually, if the love of the sport isn’t there, the athlete will become burned out.

With competitive sports starting younger and younger, we all must be able to recognize the signs of burnout but more importantly do our best to prevent it. Think about your athletes and what type of coaching they may need in order to prevent burnout. We as a society might have created this crazy competitive sports world, but it is important that coaches, parents and directors adapt to all athletes to ensure that everyone playing competitive sports is in it for the love of the game and ends their career still truly loving the sport.