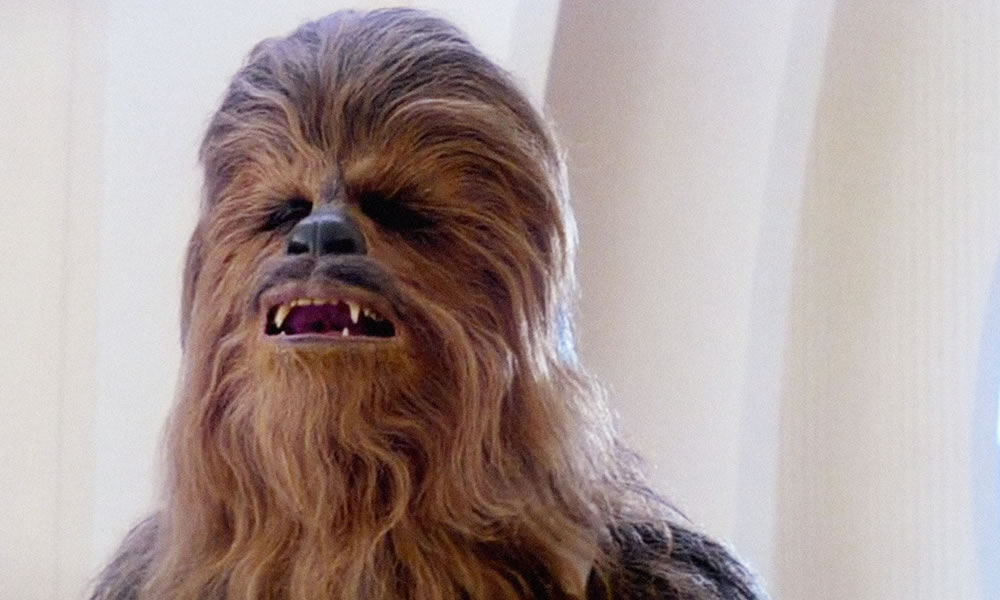 This is a story about a 13s club team called the Vipers, a stuffed wookie’s inspirational satchel, and me. Coaching is always full of surprises.

When I was a kid my friends and I would go to the movies and we would pick the character that we most closely resemble.  Star Wars was a BIG deal for us so it was a forgone conclusion that we would select our movie counterparts. Luke, Han Solo, Princess Leia, Darth Vader, Obi Wan, and even R2D2 were off the table almost instantly.  Chewbacca was my destiny I guess.  Perhaps it was because I was a bit of a clown, tall, and had a cheesy 7th grade mustache.  Any way you look at it, Chewy and I were forever connected.

Many years later my link to Chewbacca came back to me when my wife and I went on a Scandinavian cruise.  We went to an awesome arts and crafts fair in Norway and we found a vendor that had knit versions of the Star Wars characters and there he was staring me in the face.  Full body knit Chewbacca in all his glory. The funny thing is that the obsession was not apparent until I purchase this little fella.  I didn’t even buy Chewy for myself, I bought it for my friend Henry who LOVES Star Wars.  We took Chewy everywhere and took pictures of him enjoying the sights.  Yes, it’s childish, but I act like a 3 year old about 30% of the time and most of the time when I am not in view of other people.

At some point in 2014 I decided to coach a club team and I was lucky enough to get a spunky, fun, group of 11s and 12s.  They called themselves the Vipers (for some reason all the teams in the club need to have a name that starts with “V”). I wanted to find us a mascot to take to tournaments and Chewy was the logical choice. But full sized knitted Chewbacca would not have stood the test of time, so I did some searching and found a 19″ tall fuzz ball from the Disney Store. My idea was that the kids could rub Chewy’s head before the game for luck and the bench could tend to him during the match. But I later found out that I knew very little about the power of our fine fuzzy friend.

I decided to bring Chewbacca to the Capitol Hill Classic for his first official appearance. The first player to arrive was a kid I call “Pawz”, as in South Paw, as in lefty. Oh Yeah, super clever nickname! I pulled Chewy out of my backpack and told Pawz that Chewy was her responsibility. She took this task very seriously. When the rest of the team arrived, they took to Chewy immediately. Unfortunately, his presence only produced one match victory. It was later brought to my attention that it was unlucky to rub a wookies head before the match. My bad! Well anyway you lookat it the changed Chewy ritual worked that evening because they soundly defeated their final opponent 25-8 and 25-8.

Day 2 could not have come sooner for me and the team. We really did need some luck. The clock struck 2 and in walked Pawz with Chewy, but something was a little off. Chewy had a pink ribbon in his hair. I calmly stated, “Ya know, Chewbacca is a boy wookie.” Pawz was quick to remind me that is was Dig Pink day and that Chewy needed some pink and that he looked cute. I thought to myself,  “If it will bring us some luck, hey I’ll roll with it”.  And then the magic started to happen.

The Magic of Chewbacca’s Satchel

Before the first match started, Pawz came over to me to share a little secret. “Cruze”, one of Pawz’s (Paw-ziz?) teammates, came up with the idea to put inspirational messages into Chewbacca’s little brown satchel. His bag actually opened up and had Velcro that allowed to open and close it and see whatever secrets were inside. Pawz took the cue and created tiny little scrolls tied up with pink ribbon, each one containing a little chunk of knowledge to inspire us. I mean…how cool is that! I was totally blown away.

That would be 3 in a row thanks to the fuzz-o-tronic wookie magic of Chewy!  Could he help us make it 4? The final match we had to play was against the best team on our net. They had 2 really really good servers and our receive was not the best.  It was definitely going to be a challenge.

In the first set we were up 20-17 with our best server on the end line.  The momentum was on our side.  All of the sudden, the game stopped.  After 5 minutes of waiting, the work team magically changed the score from 20-17 to 19-18 and gave the ball to our opponent with their best server on the line. WHAT?!  My team was absolutely beside themselves.  I brought the team into the huddle and told them that we cannot control what the work team did, we just need to play and take this win.  And then something awesome happened.  Pawz brought Chewy into the huddle, dug into his satchel, pulled out a tiny scroll and proclaimed…

“If you fell down yesterday, you need to stand up today!”

My captains then echoed the sentiment, “Stand up on three, 1-2-3, STAND UP!”.  I just got chills! Did that really just happen? As coaches we dream of those types of moments. And then….well, I will let you use your imagination.

Win or lose, it didn’t matter.  That moment made the entire tournament for me.  I always tell coaches I meet that when you give a kid the opportunity to show their greatness, they will.  All of my players did that weekend and I was super proud of them.

So if you ever find yourself with a stuffed Chewbacca on your bench, try to remember this important nugget…

Parents, coaches, and/or players, if you have a CHEWY-LIKE story to share with us, please post it below! We would love to hear it.