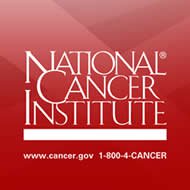 New Study of Targeted Therapies for Breast Cancer Establishes Model for Global Clinical Trials Two targeted medications designed to treat an aggressive form of breast cancer are being tested in a new study involving 8,000 participants in 50 countries across six continents — a clinical trial that investigators hope will provide a new model for global cancer research. This trial, dubbed ALTTO (Adjuvant Lapatinib and/or Trastuzumab Treatment Optimization study), will be one of the first global initiatives in which two large, academic breast cancer research networks covering different parts of the world have jointly developed a study in which all care and data collection are standardized, regardless of where patients are treated. The networks are The Breast Cancer Intergroup of North America (TBCI), based in the United States, and the Breast International Group (BIG) in Brussels, Belgium. TBCI consists of six National Cancer Institute (NCI)-funded clinical trials cooperative groups. NCI is part of the National Institutes of Health.

ALTTO is designed to answer the most pressing questions regarding use of two widely used cancer agents: whether one agent is more effective, which agent is safer for patients, and what benefit will be derived by taking the drugs separately, in tandem order, or together? The trial is a randomized, Phase III study, which is considered a gold standard method for proving drug effectiveness.

The two agents tested in ALTTO are drugs designed to treat HER2-positive tumors, which is a particularly aggressive form of cancer that affects approximately 20 percent to 25 percent of breast cancer patients. Both agents, trastuzumab (Herceptin) and lapatinib (Tykerb), have already been approved by the U.S. Food and Drug Administration for use for treatment of HER2-positive breast cancer. ALTTO will provide the first head-to-head comparison of trastuzumab and lapatinib in the earliest, most treatable stages of cancer. It will also be one of the first large-scale studies to evaluate lapatinib’s effectiveness in treating early breast cancer.

HER2-positive breast cancer is caused by an excess of HER2 genes or by over-production of its protein, the HER2 cell surface receptor. Trastuzumab consists of large antibodies that once injected into patients, latch on to the portion of the HER2 protein that sits on the outer surface of the cancer cell whereas lapatinib acts by entering a cancer cell and binding to the part of the HER2 protein that lies beneath the surface of the cell.

The trial is unusual in that it has two different designs depending on whether patients with stage I or stage II breast cancer have already been treated with chemotherapy. The study thus will compare four different regimens of targeted therapy administered over a 52-week period. Patients will be randomized to receive either trastuzumab or lapatinib alone, or trastuzumab followed by lapatinib, or the two treatments in combination.

“There have been major improvements in the management of patients with early breast cancer in the last few years, so this new study builds on this knowledge and sets an example of the new era: good science, good worldwide collaboration,” said Edith Perez, M.D., an oncologist in the North Central Cancer Treatment Group (NCCTG) at Mayo Clinic in Jacksonville, Fla., who will lead the study for TBCI. “It may be that using two treatments that work in different ways against HER2-positive breast cancer offers a complementary strategy that is more powerful than either drug alone.”

ALTTO will be one of the first trials of its scope in which translational research — taking science from bench to bedside — plays a critical role, investigators say. In ALTTO, biological material will be collected from thousands of patients in order to determine a tumor profile that responds best to the drugs — information that could lead to individualized patient care and, possibly, to development of next generation agents.

“The difference between this study and many that came before it is that the collection of biological materials occurs as the trial is being conducted, not as an afterthought. While there are exceptions, not many companies or organizations have been willing to invest in that kind of research before,” said Martine J. Piccart, M.D., Ph.D., professor of oncology at the Université Libre de Bruxelles, Belgium, and lead investigator for BIG, which she founded in 1996. “Now we have the chance to optimize therapy with powerful drugs in order to provide the best treatment possible for each of our patients.”
Perez and Piccart led the development team of the ALTTO trial and will act as the study’s co-principal investigators. On behalf of BIG and TBCI, these two lead investigators have been working toward collaborative clinical studies for a number of years. The ALTTO study, they say, represents a new paradigm that blends the high standards of both systems in order to test the latest breast cancer treatments as efficiently as possible in thousands of women worldwide.

“The NCI greatly appreciates the work that Mayo Clinic, TBCI and BIG are doing to help advance our understanding of the complex mechanisms that underlie different types of breast cancer,” said Jo Anne Zujewski, M.D., a senior investigator in the clinical investigations branch at NCI. “We hope that this model of international collaboration is one which we can build upon in the future.”

Lapatinib, in combination with the chemotherapy drug capecitabine, was approved by the U.S. Food and Drug Administration in March 2007 for the treatment of advanced or metastatic HER2-positive breast cancer in patients who had received prior therapy with three agents — an anthracycline, a taxane and Herceptin. GlaxoSmithKline is providing the study drug, as well as additional financial support for the ALTTO trial. All drugs carry potential side effects, and more information of side effects for lapatinib and trastuzumab can be found in the Q&A at http://www.cancer.gov/newscenter/pressreleases/ALTTOQandA. NCI and GSK also provided comment and input on the design of the study.

NCCTG will act as the treatment base for ALTTO in North America. BIG is a network of 41 non-U.S. research groups from around the world. Its Brussels-based BrEAST Data Center is providing centralized data management for the global study (including the United States). The other members of TBCI include the Eastern Cooperative Oncology Group (ECOG), the Cancer and Leukemia Group B (CALGB), the Southwest Oncology Group (SWOG), the American College of Surgeons Oncology Group (ACOSOG), and the National Cancer Institute of Canada Clinical Trials Group (NCIC CTG).

To date, more than 300 centers around the world have enrolled patients into ALTTO. Full enrollment is expected to involve about 500 centers in the United States and more than 800 centers in Europe and the rest of the world. A complete listing of ALTTO participating sites can be found by searching for ALTTO at http://www.cancer.gov/clinicaltrials/EGF106708.