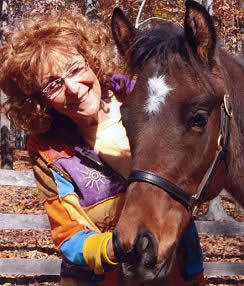 Originally Written by Julie Matthews: Victory is not always found in remission. It is in daily strength of spirit, courage to face adversity with grace, and determination to live life no matter what challenges may arise. Gloria was never a competitive athlete, however she always enjoyed exercise, and she was a strong competitor with herself.

When she was young, Gloria focused on the artistry and discipline of ballet and modern dance. In time, she shifted her focus to diet, Jazzercise and weights, even hiring a personal trainer to help her achieve her fitness goals. It was Gloria’s personal trainer who discovered the lump on Gloria’s neck seven years after she achieved remission from breast cancer. Tests revealed the cancer was back, and it had spread to her skin, liver and bones. She struggled to adjust to the life of a patient once again, and this ground felt worse because there was no remission to look forward to, no possibility of a non-­cancer life reclaimed. Her active lifestyle evolved into a basic existence, and for three months Gloria lived life from her couch, retreating into her thoughts and worries.

“The bravest are surely those who have the clearest vision of what is before them, glory and danger alike, and yet notwithstanding, go out and meet it.” – Thucydides

When Gloria was diagnosed for the second time, her youngest son, Rick, had just assumed the position as head volleyball coach for a local high school team after the former coach abruptly retired. Rick watched his mom grow weaker with treatment and depression, and he confided her situation to his players. The West Springfield girls volleyball team, themselves trying to regain momentum after their former coach left unexpectedly, found inspiration in Rick’s story.

They battled their way through rival teams and found themselves at finals in the District Championship for the first time in school history. Gloria did not want to leave the house when Rick asked her to attend the game, but she eventually conceded when he told her, “the girls are winning these games for you.” Gloria passed the next few hours immersed in the excitement of the finals. The thought of cancer and death never crossed her mind; what mattered in those moments were the players. The girls had worked so hard to overcome their challenges, and they were winning! It would be hard for anyone not to draw analogies to Gloria’s illness and her own struggles. As if scripted for a movie, the Spartans won their very first District Championship title with Gloria cheering them on from the stands.

For Gloria, their success sparked a familiar desire to fight. She realized the doctor’s words, “my job is to prolong your life”, never mentioned the word “death”. “Prolong your life”: that was the phrase that mattered most, and she wanted to reclaim the life she had. She learned about her disease and developed a strong relationship with her oncologist. She returned to her personal trainer and set out to make her body as strong as possible for the treatment to come. Gloria adhered to her workout regimen for six more years. Some days were better than others, but she was confident that exercise was central to maintaining strength.

She used that strength to embrace her passions of shopping for antiques, spending time with her husband and family, attending plays and musicals and enjoying the beautiful lilies that bloom in her garden every summer. She passed away August 20th, 2010. Gloria will always be the inspiration behind Side-­Out. She gave meaning to its efforts and an urgency to the cause. Her strength and elegance in the face of breast cancer encouraged all those around her and she will remain in their hearts forever.

As for the 2004 West Springfield girls volleyball team, well, they can be proud of the fact that their enthusiasm spawned a movement in volleyball: The Side-­Out Foundation’s Dig Pink®events. In twelve years, Side­-Out has raised $12 million for breast cancer research and education. Together, Gloria and the team inspired change and created a legacy which will benefit breast cancer patients, their families and the sport of volleyball for years to come.