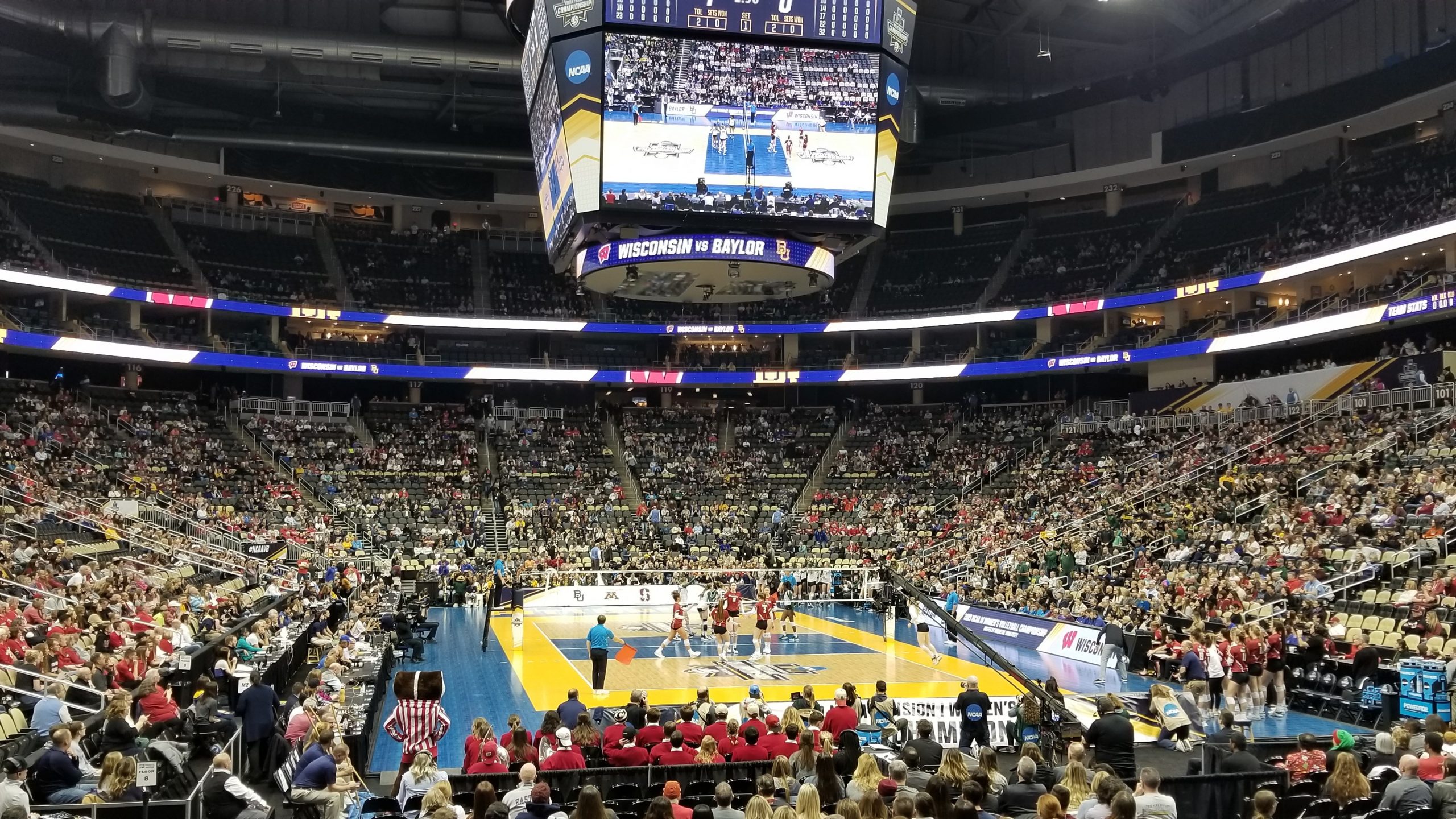 It’s that time of year again! When the calendar turns to December, it means many things for volleyball fans, especially around the holidays. For Side-Out, December means the foundation begins planning for the American Volleyball Coaches Association (AVCA) Convention.

AVCA holds its annual convention in the same city as the NCAA D-I Volleyball Championship each year. The 2019 convention had our staff heading to Pittsburgh, PA for four days of volleyball fun and education.

Side-Out was yet again present at this year’s convention and had a booth for coaches all over the world to learn about the Dig-A-Thon and our new camp locator service.

To see how the Side-Out staff spent its time in Pittsburgh for the AVCA Convention, enjoy our daily blog below! This blog will be updated at the end of each day with updates, pictures, and more.

Wednesday was our travel and set up day for the convention! Our whole staff made the trip to Pittsburgh safely and was welcomed with plenty of snow.

We met at the convention center and set up our booth that features the Dig-A-Thon and Camp Locator. After set up, we enjoyed a great staff meal together. All-staff events like tonight are times we all look forward to at Side-Out.

The AVCA Convention is one of the few opportunities the whole staff gets to be together in person as the foundation has remote employees in California, Nebraska, and Maryland.

It was a short day and we are ready for tomorrow’s convention and semifinal matches.

Thursday represented the first day coaches were able to come to visit us at our booth! We were excited to show off our Camp Locator demo and talk to club coaches about the Dig-A-Thon. Thank you to everyone who stopped by today to say hello and learn about our programs!

Janice and Tim enjoyed the Jostens Coaches Honors Luncheon where the top coaches in volleyball met to celebrate season achievements. In addition to the current coach accolade announcements, the luncheon also revealed the latest inductees into the AVCA Hall of Fame.

Our night was spent watching two amazing NCAA semifinals matches. Baylor and Wisconsin played their hearts out! Wisconsin was able to hold off the Bears to punch its ticket to the final. In the second matchup, Stanford clinched its chance to defend its title by beating Minnesota.

Friday was exciting for the foundation as the National Dig Pink Award winners were announced at the All-America Banquet during the AVCA Convention. Jimin, Tendall, and Kayla were fantastic representatives through the Ambassador Program and earned the national honor.

After the banquet, we had some great talks with people coming by the booth, including our grand prize winners. Thank you to everyone who stopped by to talk about Dig Pink and wanted to learn about our programs.

Friday night ended with a great all-staff dinner and a chance to bond with one another. It was a great way to end the night and head into Saturday for the final day of the convention!

The final day of the AVCA Convention always comes with mixed emotions. Each year, the staff is sad to leave the convention after speaking to the many great people within this sport. However, the last day means watching the best of the best compete for an NCAA Championship!

The Wisconsin Badgers and Stanford Cardinal met at PPG Paints Arena to compete for the NCAA title. Stanford won the match in straight sets to lift the trophy. The Cardinal are the first team to win back-to-back championships since Penn State in 2013 and 2014.

As our time in Pittsburgh comes to an end, we want to thank all of the AVCA for putting together a fantastic convention. The people at AVCA work hard to make this convention runs as smoothly as possible. Also, thank you to the coaches that came by to learn about Dig Pink, our research, the Dig-A-Thon, and the Camp Locator.

We’ll see everyone again next year in Omaha!