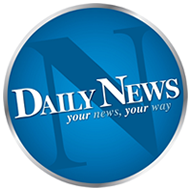 In addition to their passion for volleyball, team members have recently been named a top winner for their contributions to The Side-Out Foundation and its Dig Pink® campaign.

The Pinnacle Juniors, under the direction of club director, Gina Bellar of Wisner, is a volleyball club made up of Wisner-Pilger middle school, junior high and high school students. They compete statewide in the Great Plains Volleyball division of the USA Volleyball league.

The Side-Out Foundation has partnered with the Junior Volleyball Association, awarding the Side-Out/JVA National Dig Pink Award to students who have impacted their communities through breast cancer awareness and education, volleyball and fundraising. Nominations are submitted throughout the nation for individual club players, teams and clubs for the honor. The Pinnacle Juniors of Wisner, supported largely by the Pinnacle Bank of Wisner, was selected for the 2013 club award by demonstrating leadership within their club and region in both the sport and in the area of breast education.

The Pinnacle Juniors were formed 16 years ago by Gina Bellar and Shelly Hoefs, now of Brandon, South Dakota. As high school volleyball officials together, they had a passion for working with volleyball students during the off season, giving them an opportunity to compete in USA Volleyball statewide. At that time, players who wanted to participated in USA Volleyball needed to try out for Omaha or Lincoln clubs.

Beginning with a group of only nine girls, Pinnacle Juniors practiced at a parochial school gym, south of Wisner, going on to win the regional title in Omaha in 1996. Volunteers from the area served as coaches for the team in the early years, many of whom continue as coaches today.

“We have a really good group of lifers, I call them,” Bellar said.

The club has now grown to include 45 to 50 girls between the ages of 10 and 18, practicing at the Wisner-Pilger high school gym, where Pinnacle Juniors also host Pinnacle tournaments. Fundraising takes place at the tournaments, with a silent auction, individual donations, and the sale of concessions and Dig Pink items such as t-shirts and small volleyballs. For the past three years, Pinnacle Juniors contributed funds to the Dig Pink campaign, in the amounts of $638 in 2011, $660 in 2012, and this year, $1,038.

“We have lots of breast cancer survivors in our community,” Bellar said, “so Dig Pink hits home with a lot of them.”

For the past 13 years, college scholarships have also been awarded to Wisner-Pilger seniors who have been involved in Pinnacle volleyball.

Team play through the Volleyball USA program allows young women to play more games than they would during their regular high school or junior high school season, Bellar said. They also officiate at games, plus keep the books and man the scoreboard.

“They have a new appreciation for officials after they do that,” Bellar said.