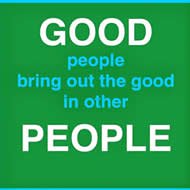 In 2003, I met a man by the name of Hank Molinengo. I was the assistant coach at West Springfield High School at the time and Hanks daughter, Jessie, was one of our setters. Hank had such an amazing attitude about the whole parenting a high school athlete. He said, “Rick, I am not gonna lie to you. I am living vicariously through my daughter. But I want you to know, if my daughter is playin’ poorly or givin’ you lip, you go ahead and bench her.” Wow, that is like the coaches “get out of jail free” card. But I never needed to bench Jess, because Jess was a great kid and a great player. I am sure she inherited these traits from great parents.

Why am I bringing up Hank (or Mongo, as his friends call him)? A couple of reasons:

1. Hank, Fran (Hank’s wife), and Jessie were with me during the 2004 “dream” season; the season that was the catalyst for the Side-Out Foundation’s creation (see our video).

2. Hank and his family, exemplify what it means to be “good people”.

Yesterday, I had the distinct honor of being invited to Hank’s retirement/promotion ceremony at the Navy Yard in Washington, DC. Hank has served the Navy and our country for over 20 years as a Navy lawyer and officer. He was given the rank of Admiral and he was quite deserving of the promotion. The ceremony was originally scheduled for a much smaller room, but because of the overwhelming numbers of supporters, they had to move it. I would say there was close to 100 people from all walks of life, military or otherwise. What can I say, the man is popular!

This was an extraordinary afternoon for me, because I had figured out something about Hank that is unbelievable. The split second you meet Hank Molinengo, you know the man. I have only known Hank for 5 years and yet I could relate to everyone who spoke about him. There were high ranking officers and friends who have know him far longer then I; they all spoke his praise and told funny stories and yet I could relate to EVERYTHING they were saying. What kind of amazing person touches people in this way? Mongo does.

His peers spoke of his work ethic, his family values, his humility, and his heart. But the one thing that sticks out in my mind about Hank is his selflessness. He puts everyone ahead of himself no matter who they are. In fact, when he got up at that podium yesterday, I think he mentioned everybody who has been a part of his life. And, to my surprise, that included me. He somehow found a way to get Jessie’s high school volleyball coach into his speech. That gesture touched me deeply.

If there is anything we can learn from this great man, is that it means something to be a good person. My coaching philosophy echoes this sentiment, “In order to be great at anything, you must continually strive to be a good person.” I used the words “continually strive” because I do not believe that you are just a good person because of a few kind and selfless acts. You have to work at it everyday for the rest of your life. And maybe, just maybe, you will be recognized as a good person. I recently quit my day job to pursue the foundation full time and see if I can reach the pinnacle of “good person-ness.”

I came to the realization after the ceremony, that I have to work a heck of a lot harder to be a good person; to be like Hank. After all, Hank is a religious man; and I still curse and I still have some vises. I openly show frustration toward people and I put my foot in my mouth often (I will keep striving though). I think in a way we all have to come to this realization that we have to work hard everyday to be good people. If we could all be like Mongo, we will not only find a way to beat down Breast Cancer, but we can do anything.

To Hank R. Molinengo and his family I want to say thank you for being a part of my life and my family’s life. You are a heck of man and I am better for knowing you.